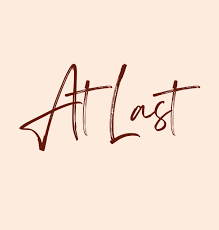 This blog has been very many years in the making. I have started and abandoned it so many times that abandonment has become almost habitual. But for some reason  I recently asked myself why this might be, and came up with a number of possible explanations, although they are not of course excuses.

One of my first thoughts was that I feared what other people might think of what I’ve written. But thinking it through, I’m reasonably outspoken in real life so what’s the difference? Perhaps because the blog is very public and open to all sorts of people, and certainly cyberspace has more than its fair share of people who do not hesitate to give negative feedback, albeit perhaps without much logic or reason. But their opinion cannot hurt me, so this excuse isn’t truly valid.
Then I worried about not keeping up a regular or frequent schedule of postings. But that was only my own unspoken and unconsidered expectation, and if I view this blog as merely a repository for my thoughts on a variety of subjects as they come to mind, a sort of extended journal of my thinking and opinions, they don’t have to come frequently and regularly, so those excuses aren’t valid either.
And the third reason which came to mind is the fear that I might be saying nothing of any particular interest or importance, that the posts will be considered trivial. But obviously they would not be trivial to me, and I’m willing to accept or to ignore the opinions of other people (see above).
So this becomes my first blog post, to be followed perhaps over the next few days or possibly even the next few weeks or months by others of a less introspective nature. Watch this space!